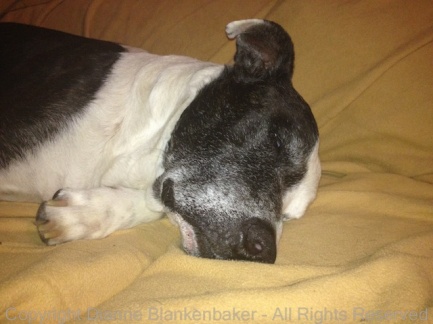 Camera Awesome with flash set to flashlight before awesomization 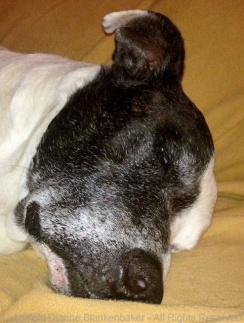 Camera Awesome with flash set to flashlight and awesomized

Something we haven’t talked about yet is how to deal with motion.  There are two sources of motion to deal with when shooting with a smart phone:  1)  Subject motion, and 2)  Photographer motion.  Today, we’re going to talk about subject motion.

When it comes to subject motion, if we were using fancy cameras with lots of manual controls, we could stop the motion pretty easily.  Since we’re not, we have limited control over whether subject motion will show up in a photo or not.

Since my dog will never hold still when I try to take pictures of him, I thought I would use him to demonstrate how to deal with a moving subject.  Of course, for once, this is the day he chose to fall peacefully asleep on the couch and not move a muscle!

In any case, one of the easiest ways to deal with motion is to add light.  The more light you can get on your subject, the less motion will show up in the photo.  I could explain to you why this is, but I promised Gina, the inspiration for this blog, not to talk about stuff like that, so you’ll just have to trust me.

Sometimes, we can’t control whether we have light on our subject or not.  When a subject is moving, it’s pretty hard to run around turning on lights without missing the moment.  Fortunately, if we’re able to get up close to our subject, the iPhone comes equipped with a built-in “flash.”

To be honest, the LED light on the iPhone is not great, but it can make the difference between getting a photo and not getting any photo.  Just remember that it’s not going to do you a bit of good if your subject is more than about 5 feet away (give or take).  It will just waste your battery.

Most camera apps have different choices for how you use your flash.  Today, we’re going to look at Camera Awesome.  First, let’s try turning the flash on.  Here’s how to do that in Camera Awesome:

In the traditional “flash on” setting, the flash will turn on and off quickly with each photo you take.  I like to turn the flash either on or off rather than using the Auto flash mode–I don’t usually agree with the camera as to when it should use the flash.

There’s actually one other option I like a lot, however.  That’s the flashlight setting. This turns the light on continuously.  This is not a great option if your battery is running low, but it’s great if you’re literally shooting in the dark.  I also feel I get better exposure when I set the exposure with the light on, but I haven’t done apples to apples comparisons to prove that.  Here’s how to turn the flashlight option on: 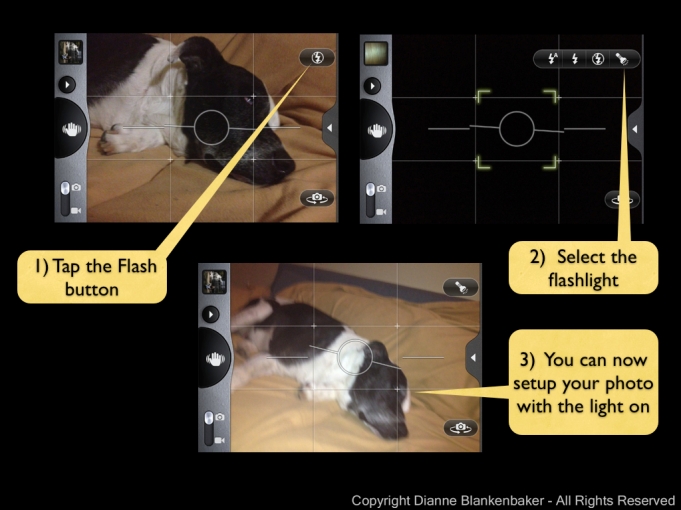 Your Assignment:  If you don’t have a dog to work with, try following a human around in the house and seeing if you can get some photos of them where their motion doesn’t show.  Note that the iPhone flash isn’t bright enough to help freeze rapid motion, but it can help with slower movements. Also remember that you have to be very close.  (WARNING–if you’re photographing a human (or canine) subject, be careful not to shine the flashlight directly in their eyes.  This may cause enough discomfort at close proximity that your subject will never agree to model for you again.)  Can you see a difference in the amount of blur in your photos?