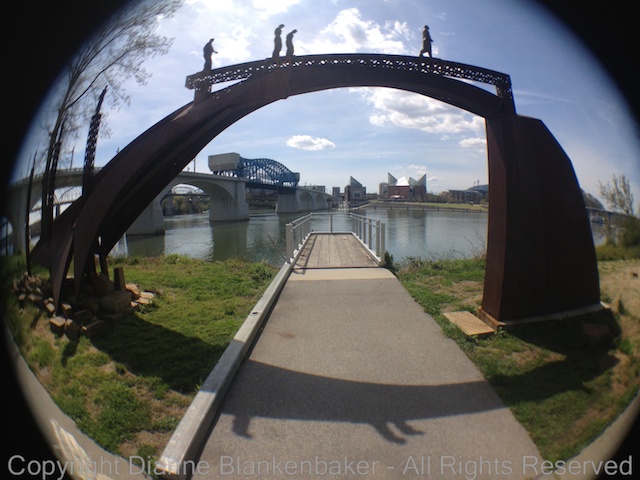 Today, we’re going to switch gears and revisit an earlier lesson on filling the frame.  This lesson applies to any camera.

In lesson 3, we talked about filling the frame with your subject.  But what do you do when you have two subjects and one is very large while the other is very small?  This is a classic dilemma that most people face when on vacation.  You’re at the grand canyon and you want a beautiful sweeping view of the canyon but you also want to have the people with you in the photo.  What to do?

How many times have you seen photos from someone’s vacation (and perhaps your own) that look like this: 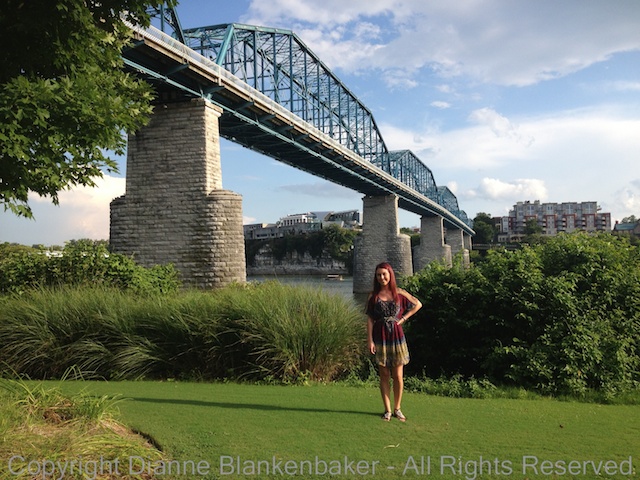 This is the Walnut Street Bridge in Chattanooga, Tennessee.  It’s an extremely popular subject for photographers and tourists alike.  To get this example, I accosted a young couple visiting and stood where the boyfriend was standing to take about the same photo he took.

Since I was interrupting perfect strangers in the middle of their photo session, instead of asking the girlfriend to move to where I wanted her, I moved to where I could at least give you an idea of how to place people in the frame.  Sorry about that–I’ll be a little pushier next time.  🙂

By moving so the girl was close to the camera and off to the side of the landmark, I was able to get a much better photo of her and keep the bridge in the photo as well.  Ideally, I would have framed the bridge better and then placed her in the frame so I had a better photo all the way around, but, again, I was trying to minimize my disruption of their evening.

As a side note, this photo was taken at 6:37PM on the West side of the bridge, providing good lighting for both the bridge and the person (see lesson 17).

Here’s what I got by moving up close to the girlfriend: 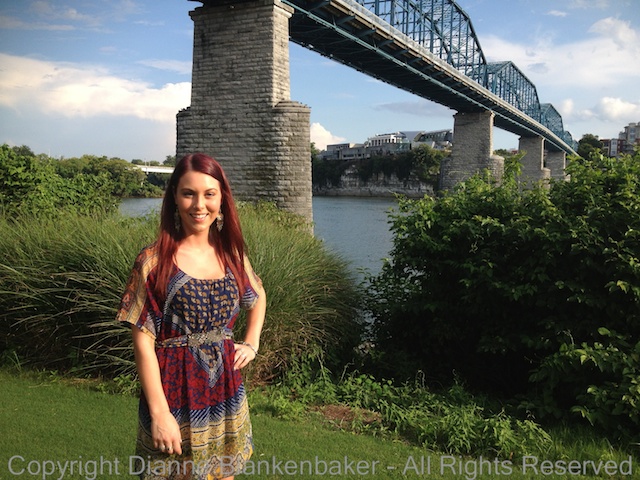 Ideally, I would have used the framing of the bridge in the first photo and placed the girlfriend here: 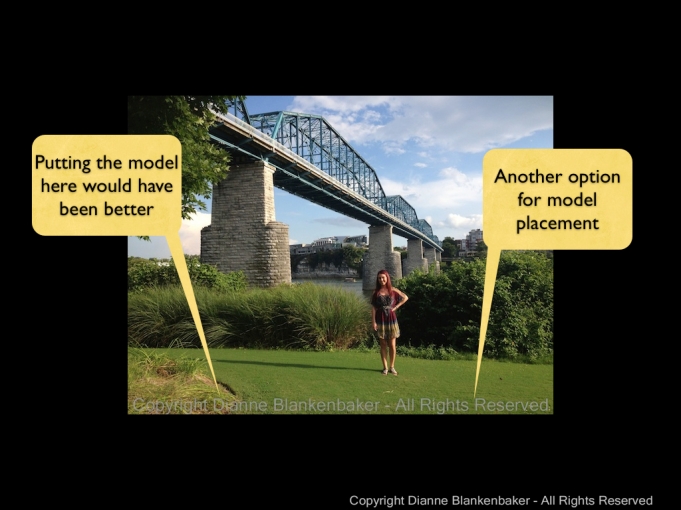 Compare the two photos side-by-side.  Can you see how placing the person close to the camera can make the photo far more effective for both subjects? 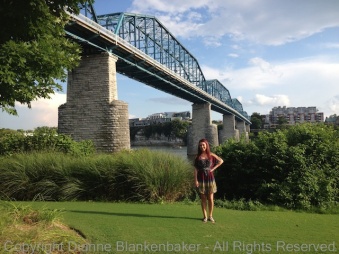 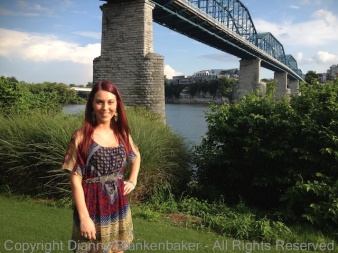 Your Assignment:  If you aren’t going to be at an interesting landmark with a group of people for a while, you can still practice.  Try using a big building as the landmark.  Place a friend, family member, or even a large stuffed animal in front of the larger subject and try standing back and shooting.  Now place the person or thing you’re using as a model close to where you’re standing and to one side of the big subject.  What positioning makes for the best of both subjects?  Notice the lighting that you get while you’re at it.  Can you also adjust the position/angle to get the best lighting?