While I was out shooting the sunrise yesterday, I also decided to give the 4S and 5S a test drive with their HDR setting.  As we discussed in Lesson 9, HDR stands for High Dynamic Range and is achieved by combining multiple images with different exposures into a single image, using the best exposure for each part of the image.  As I also mentioned, I did not have much success with the 4S Apple Camera app’s version of HDR.  One of the things I was hoping to see in the 5S was an improvement in the capture of details in bright and dark areas using the Apple Camera app with HDR.

That said, let’s compare the 4S to the 5S with the HDR on: 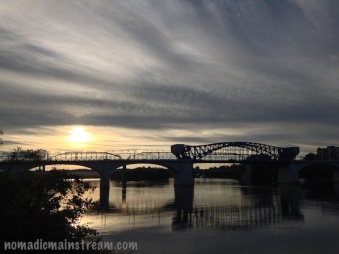 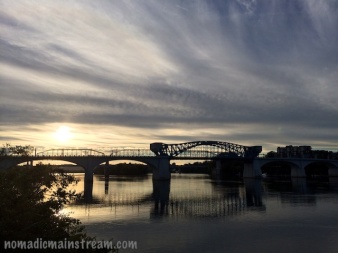 The major difference between the two (and I spent some time looking at these side-by-side at 200% magnification) is in the light areas around the sun.  Surprisingly, it’s the 4S that has more details in the clouds surrounding the sun, all the way down to the water.  On the flip side, the 4S produced an oddly shaped sun and the color in the sky looks mostly gray while the 5S seems to have smoothed out the sun a bit and captured more blues in the sky.

The bottom line:  if you’re thinking about upgrading to the 5S purely for improved HDR photos, you’ll probably be disappointed. 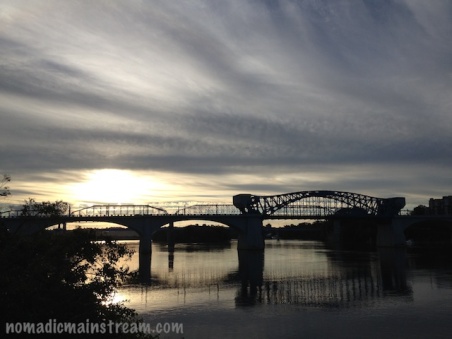 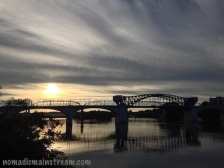 Your Assignment:  If you haven’t checked out the Pro HDR app yet, review Lesson 9.  Tomorrow, we’ll talk more about HDR.