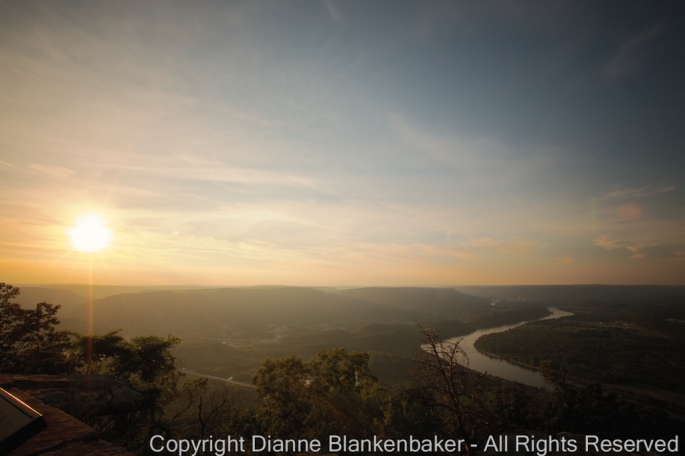 1/30 of a second shutter speed

A while back, I posted a couple of long exposures on Facebook (see the post here) and asked if people could tell which one had been exposed for 1/30 of a second vs 29 seconds. It was a little confusing because the shot with the higher exposure value (that is, it was brighter) was the one with the 1/30 of a second exposure.

1/30 of a second shutter speed 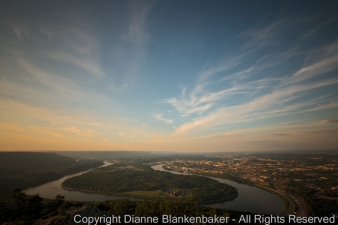 I thought I would explain the purpose of the exercise and talk a bit about how I achieved super long exposure times (shutter speeds) in bright sunlight.

First, if you know nothing about how a given exposure value was achieved other than the shutter speed, you cannot draw a conclusion about whether a brighter image has a longer shutter speed than the darker image. As a reminder, there are 3 settings that determine exposure: aperture, ISO, and shutter speed. The same exposure can be achieved with vastly different shutter speeds by adjusting the ISO and aperture to offset the difference.

So, if all you know is the shutter speed, what differences can you see that will tell you which had the longer exposure time? From an artistic perspective, we choose shutter speed based on whether we want to show or freeze motion. “Showing motion” means motion blur becomes visible in an image. So, our first test is “how much motion blur do we see?” 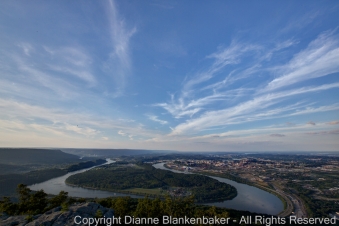 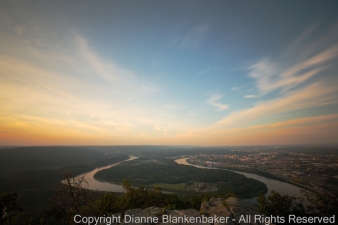 Likewise, moving water is usually a great clue as to how long an exposure is. As the exposure gets longer, fewer ripples in the river show.

The third difference you might notice if you look very closely is that the highway that curves around the river has no cars on it in any of the images with a 29 second or longer exposure time (shutter speed).

Close-up of highway in 1/30 of a second exposure 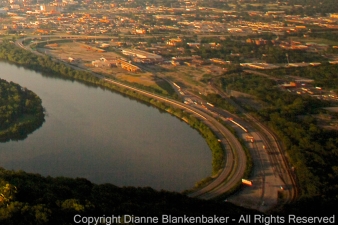 Close-up of highway in 29 second exposure

This happens to be one of the cool reasons to do super-long exposures. It’s a way of removing traffic and crowds from a scene. “But WAIT!” you ask, “What happened to slow shutters showing motion blur?”

Disappearing objects are the extreme of motion blur. The moving objects don’t reflect enough light relative to the total light signal to register as part of an image. This is a big difference in how cameras “see” vs how we see. We do not have a time factor that increases or decreases the exposure of what we look at. A camera, however, continues to gather light, exposing the image for the length of time the shutter is open in a quantity determined by the aperture size. How much light is needed to get a given exposure is then determined by the ISO.

So, why does this make moving objects disappear? Well, let’s look at the trees in our long exposure examples. They’re very dark. They reflect back less light than the river next to them. But they are sitting still, standing in one place, reflecting back that little bit of light in the same location for the duration of the open shutter. It’s enough to register a dark image of a tree. By comparison, the cars on the freeway are driving through the frame. They reflect only a little more light than the trees, but only for a split second in each point along their trajectory–the accumulative effect of the open shutter is lost on them. They would have to be very bright to register in the image–which is how you create light trails when cars have their lights on.

So, the bottom line is that if you can get your shutter slow enough that moving objects can’t reflect enough light to show up in the image, you can make them disappear.

The next question is, of course, how do you get a super slow shutter in daylight? We can stop down the aperture as much as possible (to the point before diffraction causes our images to fall apart, but that’s another subject) and we can turn our ISO as low as it will go, but at 7:52PM in July (more than an hour before sunset), that only got me a 1/30 of a second shutter speed.

All of the example images have the same aperture and ISO settings. Having reached the limits of my camera’s ability to control exposure, my only other option to get a slower shutter was to block some of the light reaching my camera’s sensor. To do this, I used a Heliopan 10-stop neutral density filter.

So what is a Neutral Density (ND) filter? From a technical perspective, an ND filter is called “neutral” because it is designed to block all colors of light equally. In other words, the color of the light should not be affected by an ND filter, just less light should make it through the lens.

That said, 10-stop ND filters reduce the light that reaches your sensor by 1000x. Many result in a color shift. In the case of the Heliopan, it’s a red shift. The good news is that it is something easily corrected via white balance settings in the case of the Heliopan (not true of all ND filters). I personally like the color shift in these examples and didn’t bother to correct it–it was like sunset came early.

Neutral Density filters give you more control over light. They let you use much slower shutter speeds or allow you to open up your aperture significantly in brightly lit conditions where this isn’t otherwise possible.

If you like playing with motion or shallow depth of field in bright light, neutral density filters are a great option to explore.